Acceleration: Rate of change of velocity; the speeding up of a motion.

Back Pressure: The pressure of fluid in the exhaust lines tending to restrict the cylinder motion or force.

Breakaway: The initial movement of the piston of a cylinder; particularly, of an unloaded cylinder from rest.

Burst Pressure: The pressure at which the cylinder will rupture. It is usually eight to ten times the rated pressure of the cylinder.

Cushion: Controlled deceleration at the termination of the cylinder stroke.

Cycle: A complete operation of a cylinder, including return to the initial conditions. 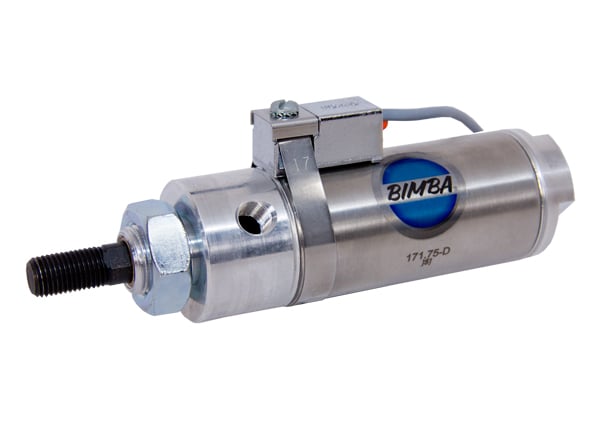 Deceleration: Negative acceleration; a slowing of the speed of a motion.

Double Acting: A cylinder which is driven in both the extending and retracting directions by fluid pressure.

Dynamic: In motion, changing, as in dynamic friction or dynamic conditions.

Extending: Outward stroke of a cylinder.

Friction: The resistance to motion when one object slides against or rubs against another.

Power Factor: The area of the piston of a cylinder. The power factor multiplied times the pressure applied to the cylinder yields the force the cylinder will exert at that pressure.