It's an honor to highlight another team member who has invested his entire career so far with The Knotts Company! The fact that Rich has earned Salesperson of the Year multiple times during his tenure reflects his commitment to his clients and his love of devising solutions to complex automation challenges. He's a colleague we can turn to with questions since with more than three decades of experience he's likely to have the answer! 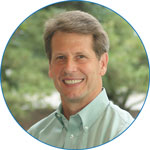 Name: Richard Eckhard
Department: Sales
Title: Strategic Account Manager,
Northern/Central New Jersey
Years at Knotts: 32
Tell us about what you do:
I am an outside Sales Rep for the full line of pneumatic and automation products that we sell.

What else have you done at Knotts over your tenure?
I started in sales and have not had any other positions. Why switch when you love what you do?

What’s a recent challenge a customer (or internal Knotts Team) brought you and how did you solve it?  We recently built a turnkey system for a large multinational company. We were presented with developing a machine that would act as an interface between a mobile robot and a machine that needs to have the parts delivered at a considerable height difference than the robot was capable of delivering. The parts resided in 1” high trays that were stacked up 8 to 16 inches high. They were delivered to our machine via a mobile autonomous robot. The mobile robot would dock up with our machine, accept the part onto a conveyor, raise the conveyor to another level and load the parts into the process machine. We brought the project from concept to completion under a strict timeline. We delivered and FAT’s the project to the customer’s satisfaction. Along the way, there were many challenges. We were integrating electric actuators with servo motors and conveyors and building a control system. Our head electrical engineer, Stephen, and our Shop Production Manager, Ken, worked hand in hand and worked through each challenge as it arose. The end result was a turnkey system that worked flawlessly and, most important, satisfied the customer’s needs. It’s very rewarding to see a project from start to finish and have the customer tell us that we all did a great job.

What made you stay here so long?
The Knotts Company is simply the best distributor in the North East area. From the day I started over 32 years ago, there has always been a "can do attitude" and we have a bunch of very smart people working here.

What you love most about working at Knotts?
It’s like a family. We all work hard, we have our ups and downs but at the end of the day we all support each other. I’ve known many of these people longer than some of my oldest friends. I can’t imagine working anywhere else.