The Rise of Robots Creates Many New Jobs Even for Unemployed 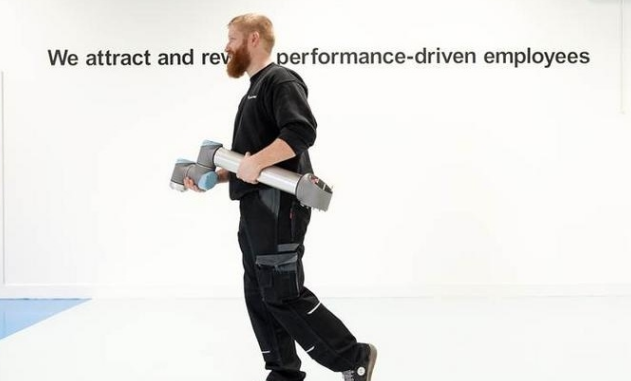 Technological progress creates constant changes in the labor market; some jobs disappear, while quite different ones occur. The robot industry spurs many new job opportunities - even for jobseekers who have perhaps become redundant in other industries. A new Robot Academy in Denmark helps the robot industry find and retrain talent into a career with companies such as Universal Robots.

The explosive growth in the robot industry has accelerated the demand for skilled people, challenging many robotic companies in their recruitment efforts. That is also the case here at Universal Robots where we continuously search for new employees for our offices in Europe, America and Asia.

Our headquarter is in the city of Odense, central Denmark, where we joined a new initiative that supports the radical shifts in the labor market created by the technological achievements. The initiative is named Odense Robot Academy. We collaborate with some of Denmark's other major robot manufacturers, the municipality of Odense, and education centers. The goal is to train and retrain at least 1,000 new skilled employees for the Danish robot cluster by 2018.

This initiative started just a month ago, but the first results are already achieved; 36-year-old Franz Weigt is a trained industrial engineer. 18 days ago, he lost his job as an audio-visual technician, and so found himself unemployed. But now he's working again, this time in the robot industry, employed as a robot technician at Universal Robots. Here, he builds touch screen teach pendants used to operate the UR robots. He was spotted at a screening among a group of unemployed people who were offered classes on skill development within robotics. During this course, he attended a “speed dating” event with a series of robot companies, including Universal Robots.

"In my case, Universal Robots' representative assessed that I had the necessary skills and personal qualities and called me later the same day to tell me that I was hired for a job at Universal Robots with no need to start an internship first,” says Weigt. “It's exhilarating to join this industry. Engineering has always interested me and it appeals to my inner nerd; this is where new inventions are currently made. I will perfect my skills further in this field, and over time hoping to challenge myself in many ways here at Universal Robots.”

There are 100+ robotic companies in the Odense area of Denmark employing a total of 2,600 people in the Danish robot cluster. In 2016, the total gross profit of these companies came to 255 million Euros. In a new study by Odense Robotics, seven out of ten robot companies state that they lack qualified workers and that they fear the lack of skilled employees will increase in the future.