This post is brought to you by Intelligent Actuator

1. Explanation of Process Cardboard boxes containing CDs travel on a conveyor. There are five different types of cardboard boxes, and each type contains different CDs. Boxes are sorted by type and transferred onto five product conveyors. 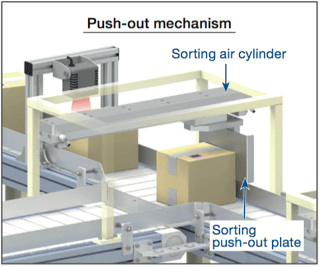 Improvements Achieved by the ROBO Cylinder

Changing the speed during movement to reduce the cycle time

The ROBO Cylinder lets you set the speed, acceleration, and deceleration separately. Using the ROBO Cylinder, the company was able to shorten the cycle time by 1 second by setting a low speed in the range where the sorting push-out plate contacts a cardboard box and setting a high speed in the range where the plate subsequently performs push-out operation. 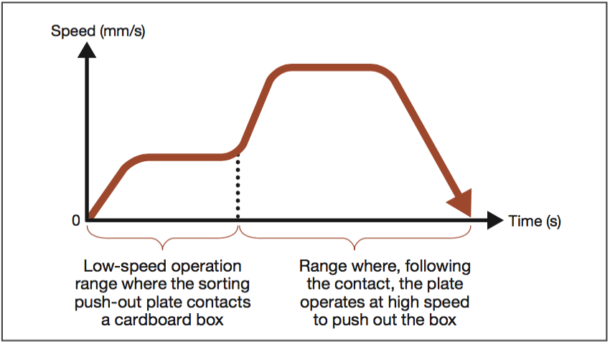 The company was experiencing occasional returns of shipped products. On checking the returned boxes, the company found damaged CD cases. The investigation of the damage cause revealed that the air cylinder of the automatic sorting system was bumping the cardboard boxes upon contact. After changing the Air Cylinder to the ROBO Cylinder, bumping stopped, and there are no more reports of damaged product.

Process Improvement with the Seven Benefits of the ROBO

By adopting the ROBO Cylinder, the cycle time was reduced by 20%, and annual cost savings of $3,450* was achieved.