Manufacturing industry tools, systems and factories are becoming “smart,” thanks to the approach of the so-called fourth industrial revolution. 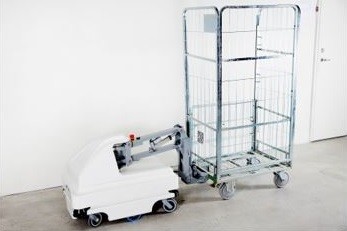 In trying to keep up with this technological evolution, the factory mainstays of automated guided vehicles (AGVs) are meeting their match in the next generation of technology for autonomous mobile robots (AMRs).

Unlike AGVs, which require tracks set into the floor or ceiling of a factory to move between depots in dedicated areas, AMRs are more free-roaming, operating with a greater degree of independence.

AMRs have a number of features that help them adapt to dynamic factory environments, including:

An AMRs ability to operate with this greater degree of autonomy is what separates something like the MiR100 into the category of robots, when compared to conventional AGVs. 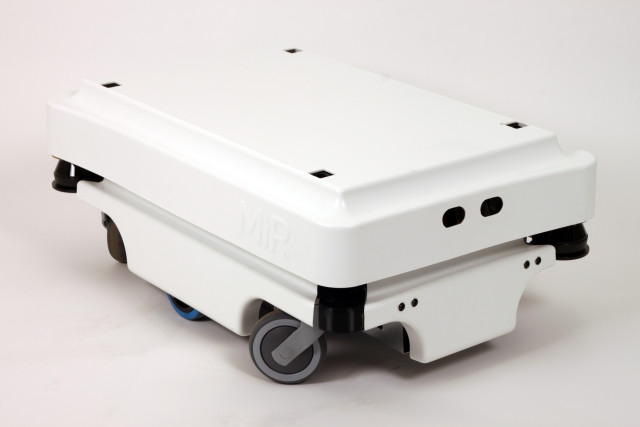 The MiR100, from Mobile Industrial Robots (MiR), is the newest AMR to enter the Canadian, US and Mexican markets, after having already established itself in 26 other countries.

Before employing the AMR, Elos’ staff walked around the Gørløse factory more than four-and-a-half miles a day on average.

“When we first got our mobile robot it was fun, but also a little weird,” said Majbritt Breiling, a quality control employee at Elos. “But as it started moving around the factory from A to Z, it enabled a much better and faster flow in our material delivery. Before, we tended to collect things in big piles, but now we get a steady stream of deliveries.”

The operation hours saved by the MiR100’s deliveries throughout the factory ultimately amounted to half of a full-time employee position.

“Staff members who normally had to transport goods for further processing in other departments can now place them on MiR100 when it passes on its bus route,” said Per Hansen, developer at Elos. “This means they can avoid downtime and interruptions and continue processing the goods in their own departments.”

The Knotts Company is a MiR certified distributor that also offers MiR on-site demonstrations. If you are interested in having us bring MiR to your location for a demo please click the link below.

**You must be in our NJ/NY territory and have an application in mind.